A Morning In May

When you sit by an open window while the lilacs are in bloom you can be easily tricked into thinking the world is a perfect and wonderful place. Perfume in the air transports. Ignorance is bliss. The windwoman sings you her wonderful ripply song.  But ignorance this morning is impossible. People protest, and shout, and stand. Things are burning. Good things and bad things. The belief that things are better than they once were is up in flames. It's hard to imagine what will be born from the ashes.

This week, I discovered a new resource called Open Library. I found it looking for a book called, Bright April by Marguerite de Angeli.  I was looking for Bright April because Carla Hayden, the fourteenth Librarian of Congress said that it was her favorite book in a video celebrating the New York Public Library's 125th birthday. According to Wikipedia, Bright April, published in 1946 was the first children's book to address the divisive issue of racial prejudice, a daring topic for a children's book of that time. 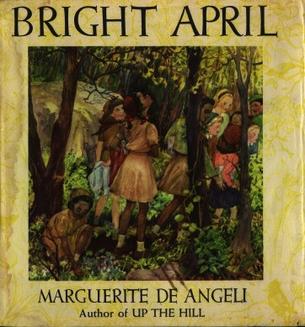 I won't pretend to have helpful words during a time such as this. George Floyd should be alive right now enjoying a beautiful May morning with his family. But instead he is dead because he was killed.  Let us disrupt systemic racism, resist easy answers, and talk to our children about race and equality. Justice for George Floyd. 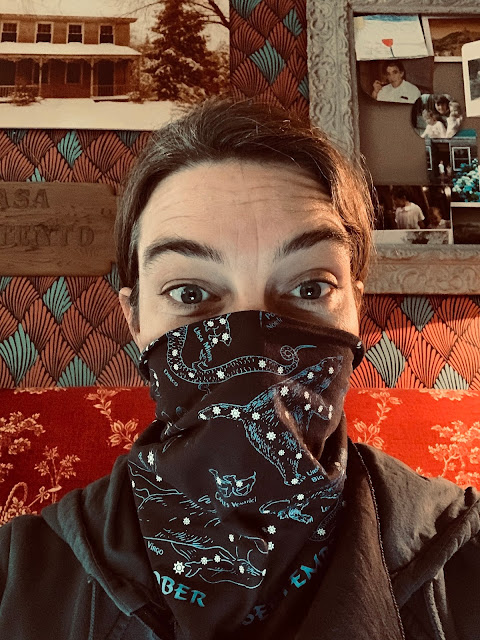 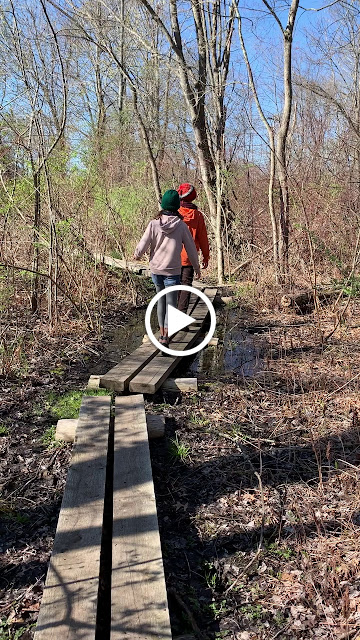 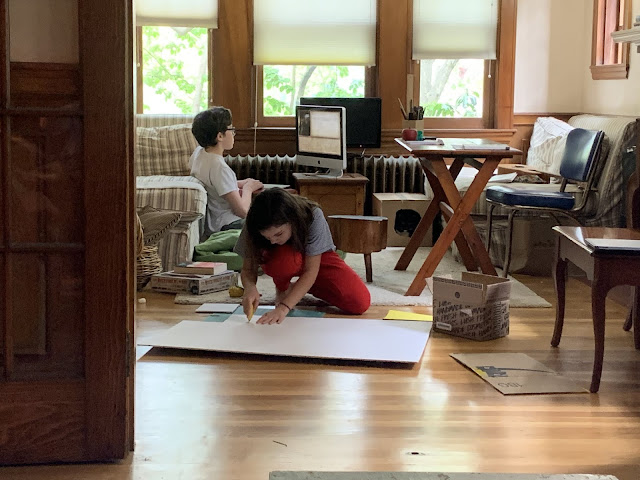 When people ask me if I like being a twin I often reply, "yes, but of course its all I've ever known."  I could write volumes about what my sister means to me as a friend and family member but sometimes the relationship is best expressed as having someone to embark with on a semi-preposterous adventure and be able to pull it off. This past Friday morning the two of us mothers and five children between us drove down to Ocean City, NJ. Our goal was to visit a place that brought us much amusement as children and to share it with our own.  The place is largely untouched from when we were kids and so it succeeds in bringing the same kind of cheap yet meaningful thrills that it always has. The familiarity yields great reward. We don't have to think about where to go, or what to do because the prescription has always been the same. 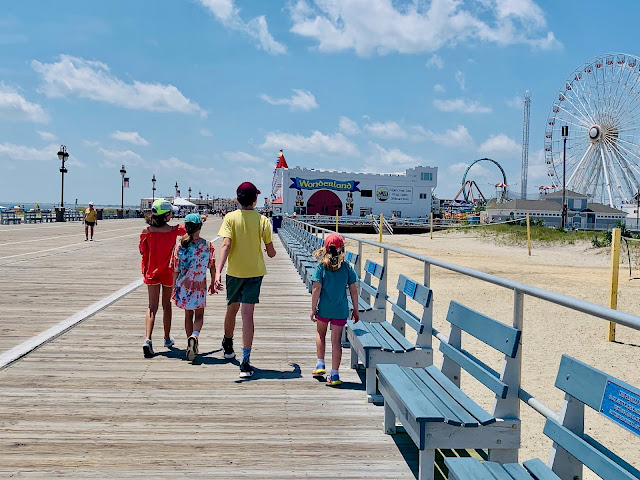 The two of us share a spontaneity gene. In our minds, a carefully laid plan can bring on its own set of anxieties and so the thought of throwing everyone in a rental car for such a trip brings a variety of freedom and excitement that makes summer feel like a genuine adventure. We searched far and wide for a beach rental to house our crew for the night to no avail, so the only plausible alternative was to head back north and stay over in NYC, right? Right! After four and a half hours of fun in the sun, pizza and birch beer, porpoise sightings, salt water taffy, and the tilt-a-whirl we hop back in the car and head for the Lincoln tunnel. Two hours later we are pulling onto West 97th street, find free parking out front and step in to our lodgings for the night.  The hotel was really more of a hostel and providentially and affordably perfect. All seven of us slept comfortably thanks to the friendliest staff in town and a few pallets on the ground.  In the morning Lenny's Bagels welcomed us as did the Westside Market for everything a body could need for the last leg home.

I nearly forgot to tell you about the other companion on our journey. His name is Samuel West. We owe so much to dear Sam. He faithfully narrates Phillip Pullmans Grimm Tales for Young and Old for us and the trip really couldn't have been possible without this friend of ours.  He's quite a flexible chap and I recommend bringing Mr. West with you for any trip planned in the near future. 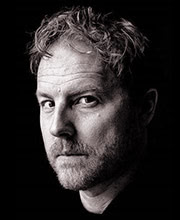 We completed our mission safely and generally unscathed. I will not bore you with the finer details in an epilogue to this story. But to keep things a bit honest I will say that some sleep was lost and that the eldest of the youths has always struggled with this sort of deficit and began to show some signs of behavioral decline in the immediate hours and days after.
I will also say it was worth enduring and that I am thankful we took on this challenge.
No comments:

The thing about social media that I hate is the breeziness of it all. Oh just a few pictures here of an exotic vacation. Oh and a few pictures there of a gathering financed by family heads so that children and grandchildren can congregate with nary a worry. No big deal. This kind of stuff happens all the time right? Wrong. Firstly, it is has never been easy for me to be light and informal. I was a serious child, and then became a serious adult. I try to participate in certain forms of social media when I channel my easy going self. I post things that may also appear glossy and enjoy the glossy posts of others.  But in my natural more broody state what I hate the most about social media are the constant questions I ask myself. Are you grateful for what you have? Are you content without all the beautiful things? And sometimes I have to realize, no I'm not very grateful. In the summer in the Cambridge when it feels like everyone has evacuated the hot city streets for their cottages in the country, it is hard for me not to think about how much better my life would be with one of those places too. It makes me miss my mother who would be throwing my sister and I lifelines of help, both emotional and physical.  It is likely she would be hosting these sorts of moments for her own family. It feels like we lost everything when she died, and the things that she took with her like stability, love, assurance, kindness are gone forever and ever. This is not true. But it sure feels true. 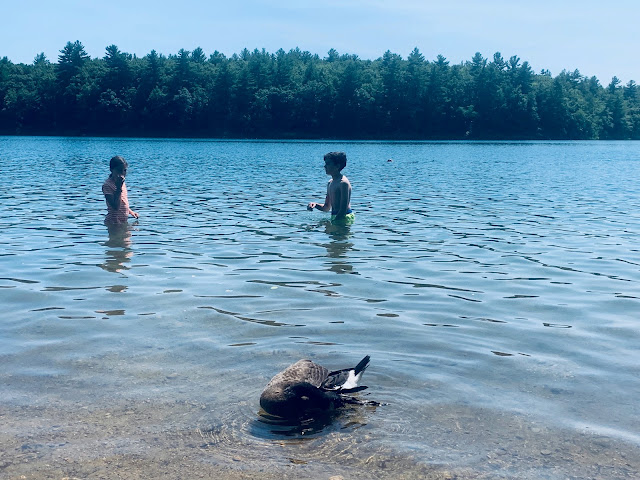 I have much to be grateful for. The city of Cambridge offers middle school students free math mornings from 8:30-11:30 and my own very reluctant middle schoolers are enrolled. Yay. It has been beautiful outside. I have a cat, a family, a sister. I have libraries. I am in good physical (not to be confused with mental) health. My kids got to swim with Canadian geese yesterday.These are real blessings. Everyday I want to see these things and be glad. 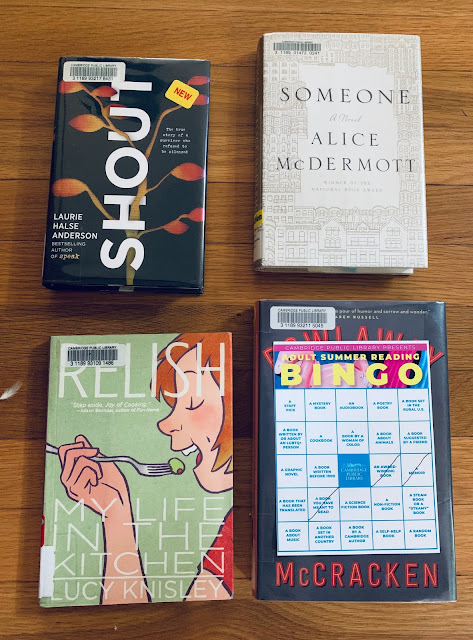 The library came up with this game for adult summer readers and I am having so much fun.
I wish us all more gratitude (and luxuries..shhhh).
No comments:

How to make mochi and live deliberately

If you give a thirteen year old a cookbook he's going to make mochi. When they make mochi, they are going to want some ice cream to go with it. This is what we have been up to this summer. Myles checked out three ten pound cookbooks and has been pouring over them ever since. He made mochi today, and vanilla ice cream and a then dairy free version, for a family dietary need. He and I have been like two partners waltzing through summer. Stumbling over each other's feet, finding our stride, and happy enough at the end of the day for from the effort of surviving the first days well enough. We hosted our 1st annual Auntie Camp. Myles was the lead counselor. He led littles on treasure hunts, selfie photo shoots, and water balloon games. I couldn't have done it without him. 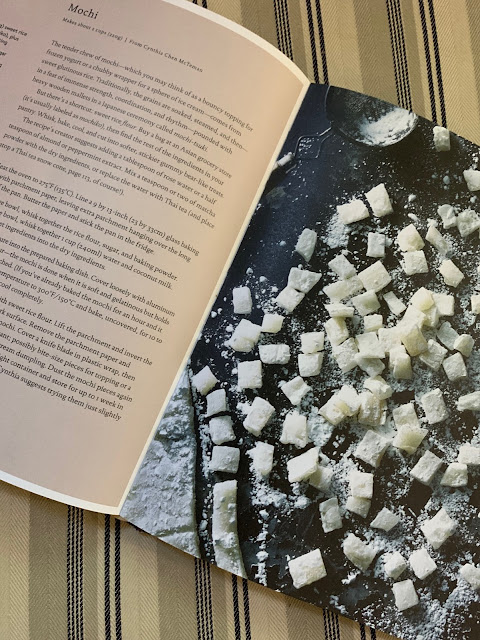 What does it mean to live deliberately? This is what Myles asked me this morning when we visited the site of Thoreau's house in woods by Walden pond. And so we contemplated that question. I do know are minds are torn asunder by distractions of the physical and non, and so I alluded to that struggle. And then prayed that the pond could offer its own answers. 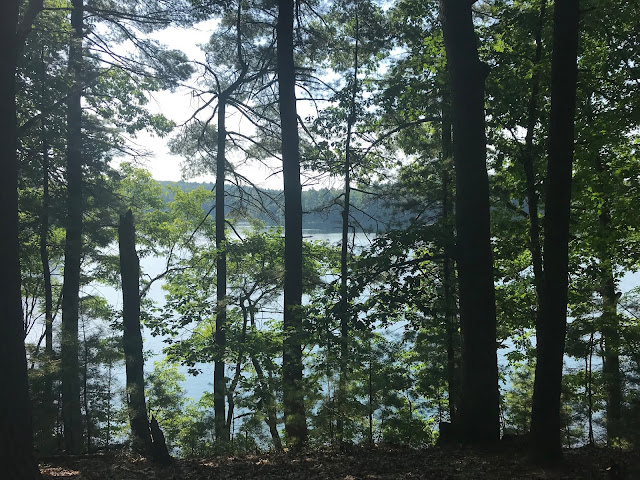 Emily
I seek to document the intersection of books and family life here at this place. By day I parent two middle schoolers and work as a high school librarian. By night I strive to unlock the mysteries of life beside refreshments and piles o' books. I hope you are as well as can be expected.